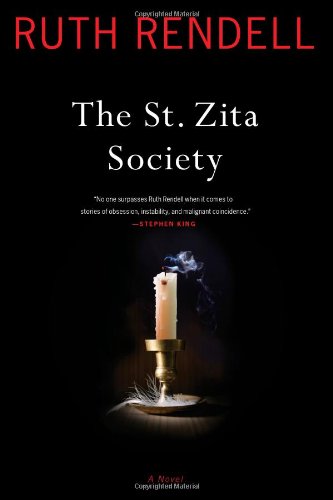 A gardener believes he’s hearing the voice of God on his cellphone. A chauffeur is bedding his employer’s wife and daughter. A sexual affair is morphing into murder. And the help of a London street, Hexam Place, meet to drink and grouse at a nearby pub as they inaugurate what they call the St. Zita Society—a kind of freewheeling union named after the holy patron of servants. In Hexam Place live Montserrat, the insolent au pair to the haughty Stills family, and the Stills’ nanny, Rabia, who’s besotted with the little boy she tends. Here, too, are the 82-year-old Princess Susan Hapsburg and her tenant/companion, the resentful June. In this neighborhood, children wear Chanel sneakers, but get little love, and champagne is known as “The Drink That Is Never Wrong.” This novel radiates tension, sweeping along as the clandestine gets exposed, and a killer and an accomplice brainstorm about stashing a body. Rendell creates characters that seem to forsake the page of a Kindle or a Nook, and live beyond the borders of her novels: readers wonder how they’re faring in prison or in mourning. While delineating a dozen or so characters, Rendell makes each sufficiently viable to intrigue her audience and clash with one another. She is equally artful when evoking her settings, be it this gilded urban enclave, Inspector Wexford’s Kingsmarkham, a commune in a country house in A Fatal Inversion, or the unspecified seaport in Talking to Strange Men. As Britain has changed—in terms of diversity, technology, slang, fashion, and even take-out food—Rendell has maintained an insightful and often satiric commentary about it all. Written under her name or as Barbara Vine, the best of her work—Going Wrong, King Solomon’s Carpet, The Keys to the Street, The Birthday Present, and this fine novel—read like vintage Evelyn Waugh or Muriel Spark, informed with a psychological subtlety worthy of Iris Murdoch. One-quarter through this book, one man calls Monserrat a psychopomp, “a conductor of souls to hell.” Indeed, Rendell has functioned as a kind of psychopomp, conducting her fictional killers to hell—while ensuring that her readers enjoy the trip. More Americans ought to book a passage. Stephen Anable is the author of The Pinchbeck Bride (2011), published by Poisoned Pen.
close
Details