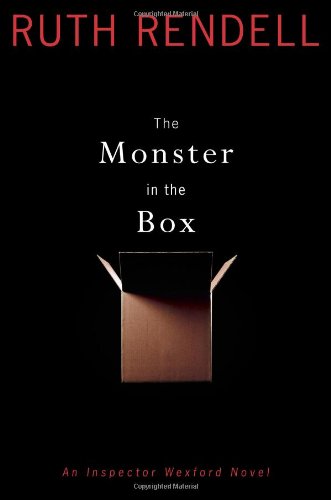 The Monster in the Box: An Inspector Wexford Novel

In Edgar-winner Rendell's 22nd Inspector Wexford novel (after 2007's ), the British police detective confronts a man from his past, Eric Targo, who he suspects is guilty of multiple murders. Years earlier, Targo stalked and taunted Wexford, daring him to press charges. A squat, creepy bully with a purple birthmark disfiguring his neck, Targo has graduated from smalltime thug to prosperous businessman, ensconced in a nouveau-riche spread complete with private zoo and lion in Kingsmarkham. When Targo apparently commits a murder affecting Wexford's own family, the inspector must re-examine how Targo consistently outsmarts the law. The meeting and mating of Wexford and his wife, Dora, also figure in the backward-looking action. While the reminiscing dilutes some of the suspense, Rendell easily outdistances most mystery writers with her complex characters and her poetic yet astringent style.