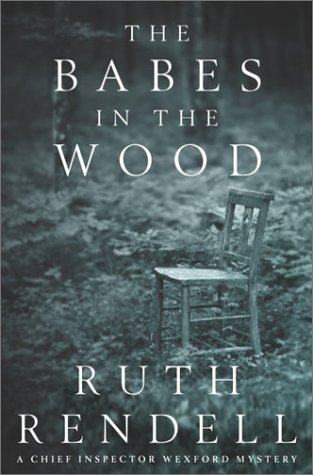 THE BABES IN THE WOOD: A Chief Inspector Wexford Mystery

Wexford fans may be disappointed by the shortage of memorable characters in Rendell's latest mystery to feature the chief inspector, a solid, if not spectacular, entry in the series. As in her previous Wexford, (1999), the author explores issues of spousal abuse and focuses on a troubled married couple. The children of Katrina and Roger Dale disappear just as the city of Kingsmarkham is inundated with a flood of quasi-Biblical proportions. Both parents' reactions are somewhat bizarre, with Roger curiously antsy to be done with police questioning to get back to his job and Katrina quite certain her children have already drowned. When the children's babysitter, Joanna Troy, is found dead in a car dumped into a quarry, suspicion points to some icy fundamentalists. These people, from the Church of the Good Gospel, worship at the secluded country estate of Peter Buxton, a media tycoon. Buxton and his high-maintenance wife, the fashion model Sharonne, are among the most interesting fish in this rather bland school. The story becomes progressively more interesting after a slow start, and, as always, Chief Inspector Wexford remains a comfortable companion, with taut, thoughtful and imaginative observations about small-city England and the wider world.