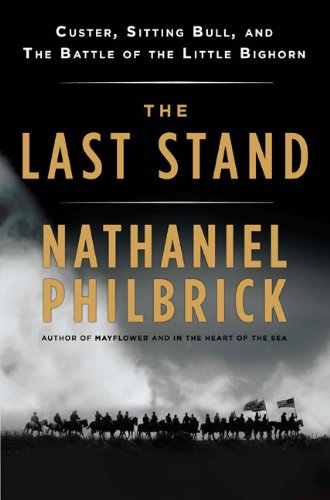 The Last Stand: Custer, Sitting Bull, and the Battle of the Little Bighorn

Philbrick here takes on an oft-told tale, replete with its dashing, flawed main character, its historically doomed, noble Native chief, and a battlefield strewn with American corpses. While off his usual stride with a surfeit of unnecessary detail, bestselling author and National Book Award–winner Philbrick ( ; ) writes a lively narrative that brushes away the cobwebs of mythology to reveal the context and realities of Custer's unexpected 1876 defeat at the hands of his Indian enemies under Sitting Bull, and the character of each leader. Judicious in his assessments of events and intentions, Philbrick offers a rounded history of one of the worst defeats in American military history, a story enhanced by his minute examination of the battle's terrain and interviews with descendants in both camps. Distinctively, too, he takes no sides. In his compelling history, Philbrick underscores the pyrrhic nature of Sitting Bull's victory—it was followed by federal action to move his tribe to a reservation. 32 pages of b&w photos, 18 pages of color photos, 18 maps.