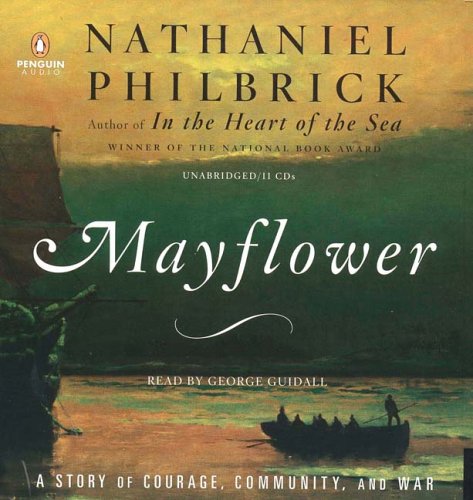 What makes Philbrick's book so fascinating and accessible—the way he turns the Pilgrim legend on its head and shakes out fresh insights from the crusty old mythology we all absorbed in grade school—is present in full force in this exceptional audio version. With more than 800 audiobooks to his credit, Guidall gives the term "veteran reader" a whole new meaning. Such leading figures as William Bradford, Benjamin Church and Miles Standish of the so-called Plymouth Colony (which was not even close to Plymouth or its now-famous rock) emerge from the pages of history as understandable if not always admirable figures, and Guidall's evocations of the sadly depleted (by European diseases) Wampanoag Indians and their chief, Massasoit, are equally believable. The bitter voyage of the (a slave ship taking captive Wampanoags to be sold in the Caribbean after a disastrous war with Massasoit's son, Philip), which rounds out Philbrick's masterful account, is treated with energy, respect and a straightforwardness that only increases its power.