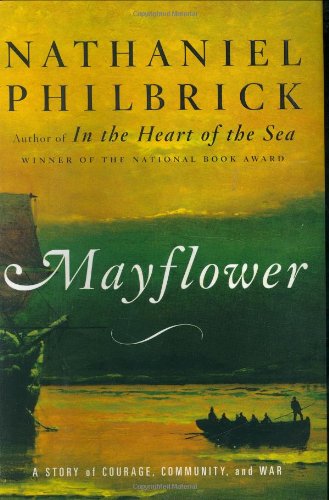 In this remarkable effort, National Book Award–winner Philbrick ( ) examines the history of Plymouth Colony. In the early 17th century, a small group of devout English Christians fled their villages to escape persecution, going first to Holland, then making the now infamous 10-week voyage to the New World. Rather than arriving in the summer months as planned, they landed in November, low on supplies. Luckily, they were met by the Wampanoag Indians and their wizened chief, Massasoit. In economical, well-paced prose, Philbrick masterfully recounts the desperate circumstances of both the settlers and their would-be hosts, and how the Wampanoags saved the colony from certain destruction. Indeed, there was a first Thanksgiving, the author notes, and for over 50 years the Wampanoags and the Pilgrims lived in peace, becoming increasingly interdependent. But in 1675, 56 years after the colonists' landing, Massasoit's heir, Philip, launched a confusing war on the English that, over 14 horrifying months, claimed 5,000 lives, a huge percentage of the colonies' population.

Impeccably researched and expertly rendered, Philbrick's account brings the Plymouth Colony and its leaders, including William Bradford, Benjamin Church and the bellicose, dwarfish Miles Standish, vividly to life. More importantly, he brings into focus a gruesome period in early American history. For Philbrick, this is yet another award-worthy story of survival.