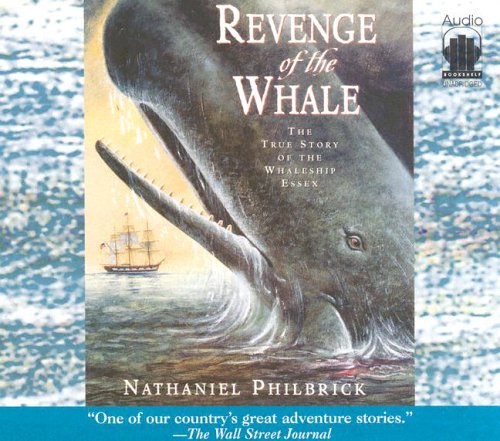 REVENGE OF THE WHALE: The True Story of the Whaleship Essex

Ahoy! From the first strains of the sea chantey that opens this solid program, listeners will be swept back to an exciting and busy time in maritime history. Mali performs a keen reading that matches the gripping tone of Philbrick's work about the wreck of the Nantucket whaler in November 1820 and the amazing tale of some of the crew's survival and rescue several months later. As Philbrick writes, the sinking of the by an enraged sperm whale in the Pacific inspired the dramatic ending of Melville's . But this history-filled volume, which often sounds like a novel, is the real thing, culled from accounts of people who were actually on the ship. Philbrick employs copious detail from the notebooks of the 's cabin boy Thomas Nickerson and a previously published account of first mate Owen Chase to great effect. Mali makes sure that listeners ride the waves of exhilaration, fear, tragedy and joyous relief as he introduces the crew and their plight. Ages 12-up.