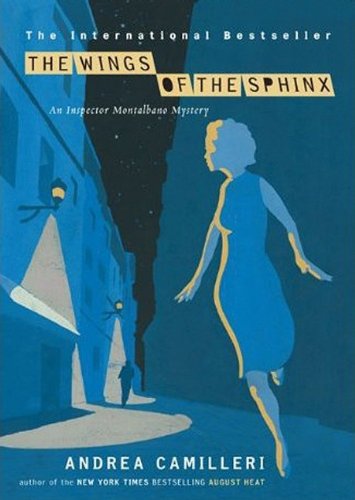 The Wings of the Sphinx

Happily, Grover Gardner eschews even a hint of an Italian accent in narrating the 11th installment of this series celebrating the life, loves, and investigations of the charmingly eccentric Sicilian Insp. Salvo Montalbano. Nearly every word in this comfortable but not cozy novel identifies its geographical setting, particularly the details of its food, scenery, characters, and, yes, crimes. In the case of the latter, it's what looks like a faux kidnapping and a murder that has the outspoken detective investigating a Catholic charity supposed to be saving the souls and bodies of beautiful young women from the wicked ways of local Mafia night clubs. Along with his avoidance of stereotypes and unfortunate accents, Gardner does quite well by the characters, from the weary but unstoppable Montalbano to his backup crew of memorable cops and the angry, offended, officious, and, in rare instances, grateful people with whom he has to deal. With the exception of a desk cop who's a bit too thick to be believed, these are three-dimensional, human creations, and Gardner treats them as such.