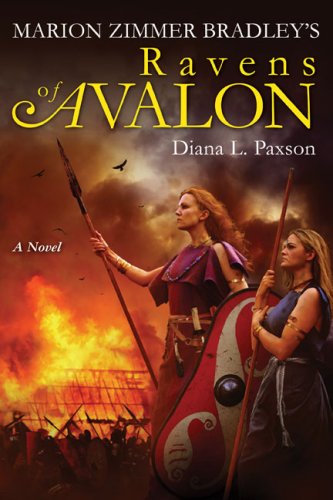 This stirring prequel to , Paxson’s first collaboration with Marion Zimmer Bradley (1930–1999), is sure to please fans of the late author of . In , they introduced the Society of the Ravens, sons of the Druid priestesses who were raped and tortured by Britain’s Roman invaders. Now Paxson explores the events circa A.D. 60 that inspired the mythical group’s formation. Strong women surge to the forefront, most notably Druid priestess Lhiannon and her headstrong student and friend, Boudica, a Celtic princess who forgoes becoming a priestess to marry Prasutagos, High King of the Iceni. The uneasy peace with Rome shatters after Prasutagos dies, and Roman soldiers, refusing to recognize Boudica as queen, beat her and rape her daughters. Vowing vengeance, Boudica raises an army infused with the battle goddess’s magical power and strikes back at the Romans. Paxson’s bright fusion of fact and myth is a fine tribute to Bradley and the real-world triumphs and tragedy of Boudica.