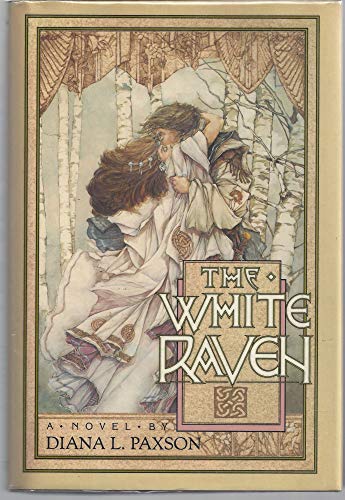 This haunting retelling of the tale of Tristan and Iseult (here called Drustan and Esseilte in accordance with Celtic legend and language) goes back to early versions, before Mallory and Wagner, to explore the nature of love, duty and loyalty. The story is told by Branwen, cousin and companion to Esseilte, daughter of the High King of Eriu (Ireland). The two young women save the life of a badly wounded harper, later discovered to be Drustan, who had killed Esseilte's beloved uncle and Branwen's father, Morholt, in battle. Drustan seeks Esseilte's hand for his uncle, Marc'h, King of Kernow (Cornwall), an alliance arranged for political reasons. On the way to Cornwall, Esseilte tries to poison Drustan, but the potion they both drink turns out to be a love filtre prepared for Esseilte and Marc'h. Thus the tale is set in motion, with passion and hate binding the lovers together. With Branwen's aid, they are able to deceive Marc'h on the wedding night: Branwen, close in appearance to the queen, sleeps with the king and falls in love with him. For a while Esseilte and Drustan escape detection, but eventually they are caught in cir cumstances that cannot be ignored, leading to the tragic denouement. This is a complex tale, interweaving the political and religious conflicts of the sixth century, when the ancient Druid religion still had a strong hold. Paxson ( The Paradise Tree , White Mare, Red Stallion ) breathes life and wonder into one of the most romantic of the CelticGermanic legends. $60,000 ad/promo . ( August )
close
Details