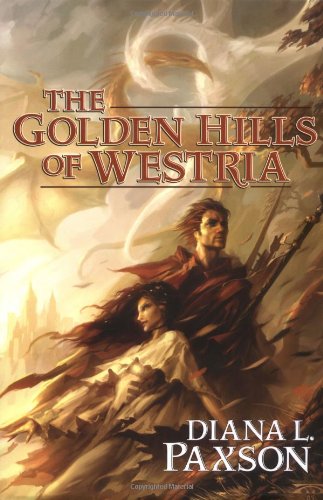 The Golden Hills of Westria

Set about 25 years after the action in (1992), bestseller Paxson's previous Westria novel, this eighth volume will please series fans curious to meet a new generation as it comes of age: Prince Phoenix, who takes the name Johan and worries that he's unworthy to inherit the Westrian throne; and Phoenix's lifelong female friend, Sombra, who assumes the name Luz. Just when their feelings for each other turn romantic, fate separates the pair. Luz goes to the College of the Wise, where she hones her skills as an adept and wrestles with school discipline. Kidnapped by slavers, Johan becomes a gladiator in a traveling circus where he must kill or be killed. The Red Dragon, an incarnation of his rage, possesses him and powers his murderous skills. Meanwhile, an army of fanatic cultists led by charismatic Mother Mahaliel is conquering all in its path. The outcome may be obvious, but as ever the author provides an entertaining ride. Newcomers will find this an easy entry point.