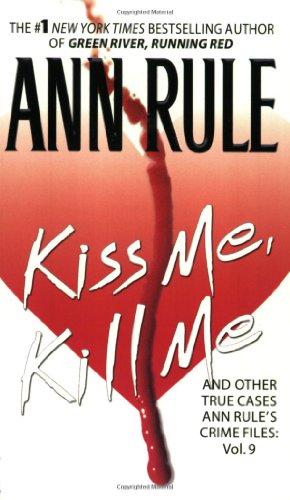 KISS ME, KILL ME: And Other True Cases

Rule's true-crime books are cautionary tales, police procedurals, character studies and guilty pleasures. This ninth installment in her Crime Files series features a haunting collection of 10 cases, most of which took place in Washington and Oregon in the 1960s and '70s. They are stories about love and obsession turned deadly, and they remain relevant today, especially in the light of the Scott Peterson trial. The title entry, about the murder of a pregnant young wife, was finally solved after 36 years thanks to DNA testing. Drawn out for 133 pages, it loses some of its impact because it also encompasses other cold cases that were eventually solved through advances in forensic science. Another story depicts the first modern-day serial killer, who preyed on aspiring starlets in 1950s Hollywood, and explains how the detective who cracked the case went on to create a nationwide tracking system to apprehend serial killers. If there's a running theme, it's that most of the victims are women who were acquainted with their killers but had no fear of them; three cases involve husbands murdering their wives. Rule displays immense empathy for the slain women without flinching from describing the often brutal assaults on them. Few true-crime authors write as thoroughly and sensitively as Rule, whose work is simple and straightforward yet as compelling as a good novel. Agent, Joseph and Joan Foley.