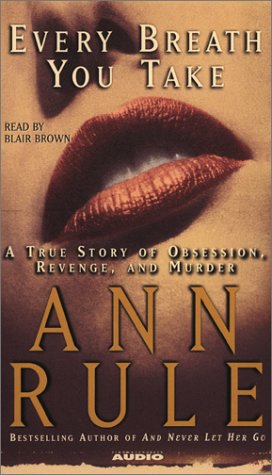 EVERY BREATH YOU TAKE: A True Story of Obsession, Revenge, and Murder

As in her previous true-crime accounts, Rule presents the facts of a murder case with all the intrigue, suspense and characterization of an accomplished novelist. Listeners learn how young Sheila Bellush met and married charismatic Allen Blackthorne, only to find that his charming exterior hid a ruthless, abusive swindler. After years of beatings and the birth of two daughters, Sheila left him and later remarried and had quadruplets. Alan also remarried and was hugely successful in business, but seemed obsessed with the need to punish Sheila for leaving him. When she was found brutally murdered, her toddlers crying and huddled around her body, investigators quickly found the culprits—but were they sent by Sheila's ex-husband, or did they act on their own? Veteran narrator Brown strikes just the right note in her reading. Her voice is varied and expressive, not one-note, and pleasant to listen to. But apart from a touch of sympathy, she is not emotional and does not project herself into this nonfiction account. Instead, she steps back and lets the story tell itself, altering her voice slightly to indicate a quote and deepening it a bit if it's a man talking, but not offering character voices.