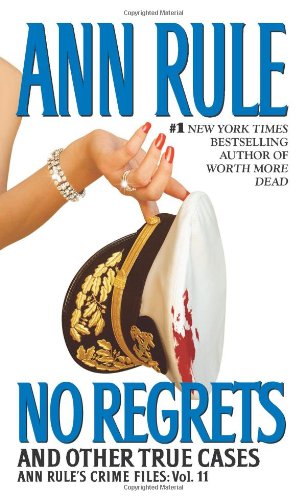 Prolific and talented true crime author Rule proves her warranted reputation as one of the genre's leading lights with the 11th entry in her Crime Files series. Two-thirds of the book is devoted to one case, the disappearance of an elderly sea captain from his quiet community of Lopez Island in Washington State. As with many of the stories recounted in previous volumes, Rule succeeds in pulling the reader into a mystery that was largely of local concern. With a novelist's skill, she brings to life the missing Norwegian mariner, Rolf Neslund, and his difficult marriage to Ruth Myers, who became the prime suspect after he vanished without a trace. Handicapped by the absence of a corpse, the local authorities, inexperienced in homicide inquiries, doggedly persisted over years until justice was won. The richness of this case does have the unintended effect of rendering the shorter sketches that follow—including the tale of a woman beaten into a coma, a murder victim found months after the fact and a young bank robber—less compelling, but few genre fans will complain; the Neslund case speaks for itself, as does Rule's skill as a storyteller.