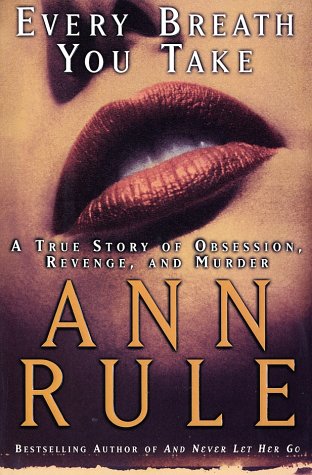 EVERY BREATH YOU TAKE

The latest from respected true crime veteran Rule (, etc.) walks readers through the tortured life and ugly murder of Sheila Bellush, a woman relentlessly pursued by her sexually obsessed ex-husband, Allen Van Houte. The crime scene is horrific: Bellush lies dead in the kitchen while her toddler quadruplets are left to walk naked through her blood. Bellush had long warned close friends that she feared her ex-husband's reprisals and went so far as to request "if I'm not here... find Ann Rule and have her write my story." Rule, in classic form, meticulously re-creates the prosaic lives of her characters, charting one woman's pleasantly humdrum existence undermined by a man bent on making a fortune though defaulting on bank loans and pedestrian cons, such as swindling family members. After he lured Bellush into his world of sexual play, she left him, and he hired a man to kill her. The subsequent fallout included a complex and lengthy inquiry by investigators. There are no surprises here for the reader, though some may enjoy Rule's examination of Van Houte's manipulative and predatory nature. Essentially, this account is too long for its limited subject matter.