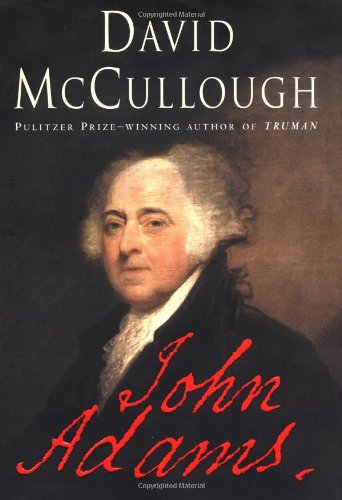 Here a preeminent master of narrative history takes on the most fascinating of our founders to create a benchmark for all Adams biographers. With a keen eye for telling detail and a master storyteller's instinct for human interest, McCullough (; ) resurrects the great Federalist (1735–1826), revealing in particular his restrained, sometimes off-putting disposition, as well as his political guile. The events McCullough recounts are well-known, but with his astute marshaling of facts, the author surpasses previous biographers in depicting Adams's years at Harvard, his early public life in Boston and his role in the first Continental Congress, where he helped shape the philosophical basis for the Revolution. McCullough also makes vivid Adams's actions in the second Congress, during which he was the first to propose George Washington to command the new Continental Army. Later on, we see Adams bickering with Tom Paine's plan for government as suggested in helping push through the draft for the Declaration of Independence penned by his longtime friend and frequent rival, Thomas Jefferson, and serving as commissioner to France and envoy to the Court of St. James's. The author is likewise brilliant in portraying Adams's complex relationship with Jefferson, who ousted him from the White House in 1800 and with whom he would share a remarkable death date 26 years later: July 4, 1826, 50 years to the day after the signing of the Declaration.