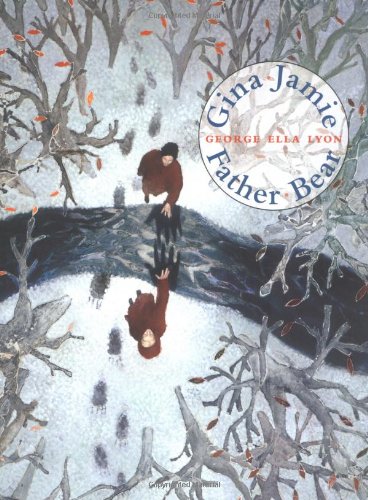 In this finely drawn tale, Lyon () weaves parallel story lines into a novel of uncommon beauty that incorporates the mysterious bonds between parents and children, love and legend. Gina and her family live in modern-day Cleveland; Jamie and his family in some unnamed, vaguely Celtic past. Both of their lives are turned upside-down when their respective mothers leave and their fathers engage in puzzling behavior. While Gina surreptitiously follows her normally predictable, meticulous surgeon father to a most unexpected destination—a psychic—Jamie tracks his own father into the forbidden woods, leading to an unsettling encounter with a bear. Could the creature be his father transformed? Twining a variation of the selkie legend into her tale, Lyon stitches more than a touch of magic into the story's fabric as Gina's and Jamie's worlds intersect, and each helps restore peace to their heartbroken families in an astonishing way. Lyon expertly differentiates the voices of her narrators, which, though distinct, blend harmoniously as their stories unfold through alternating chapters. Her subtle theme—that children remain open to the inexplicable wonders of life that adults have given up on—may well inspire readers to explore the mysteries in their own lives. Lyon's poet-roots inform her vivid imagery ("It was a shiny morning, brim with birdcry") and metaphoric prose ("She has a great laugh, like glitter spilling"). A lyrical, memorable tale. Ages 11-up.