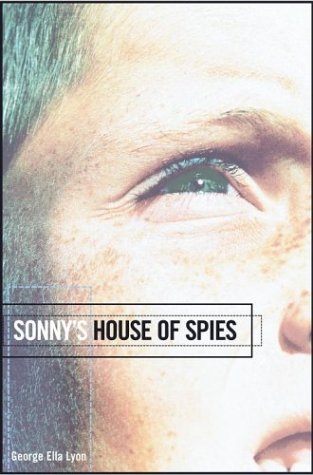 Racially divisive, homophobic, post–WWII Alabama serves as the setting for Lyon's ( ) exceptionally well-crafted coming-of-age story. Sonny Bradshaw is six when his father walks out, leaving him, baby brother Deaton and the acerbic eldest child, Loretta, in the care of their emotionally fragile mother. Over time, portly "Uncle" Marty, owner of a donut shop where he serves up Bible verses with the éclairs and fritters, "reaches out" to the family, sharing meals and offering Sonny a job the summer he's 13. "Viruses reach out to you too," notes Loretta, who gets the best lines in a book full of spot-on dialogue. At the shop, Sonny uncovers a letter to Marty from his absent father that sets in motion a dramatic series of events culminating in a confrontation with Marty about homosexuality and sin, followed by a fatal fire. Lyons deftly contextualizes Sonny's horror at the discovery his father is a "queer," a stigma so threatening some would rather die than live with it. A subplot about the family's African-American maid highlights the equally insidious racism of the period but pushes the plot almost to the point of boiling over. Fortunately, Lyon's sharply drawn characters steer the story away from melodrama, and she balances the heavy elements with humor: a birds-and-bees conversation between Sonny and Deaton comparing human anatomy to hot dogs and buns is hilarious. The ending, which leaves Sonny in a romance with an undeveloped minor character, is not as satisfying, but the rest of the story more than makes up for it. Ages 11-14.