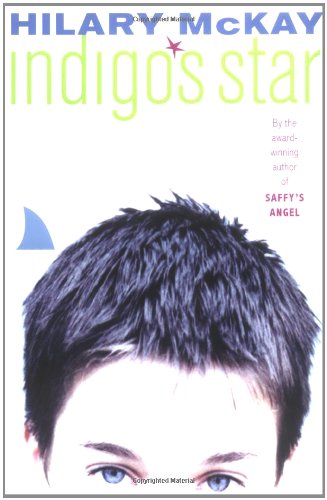 Fans of will welcome this return visit to the spirited English family, the Cassons, whose artist parents—endearingly dotty Eve and frustratingly absent Bill—have named their progeny from a paint color chart. This time 12-year-old Indigo takes center stage with his well-meaning younger sister Rose, who is concerned about her brother's victimization by a gang of bullies in his class (she writes a string of simultaneously funny and wistful letters to Bill, recapping each "crisis" to lure him home). Older sister Saffy, "blazing like an angry comet," storms into the boys' bathroom at school and valiantly threatens the thugs if they dare touch Indigo again (in a satisfying move, she tears out a clump of the bully's hair). But the gang continues to torment Indigo as well as Tom, an American who is spending the school year with his grandmother in England. Much of the narrative centers on the evolving friendship between Indigo and Tom, a lonely, guitar-playing boy who, like wheelchair-bound Sarah from the previous novel, feels happy for the first time in a long span while with the Cassons. The growing bond between Tom and Rose provides a second emotional axis to the novel, and McKay's portrayal of the family dynamics and the dialogue among the Cassons are as riotous and refreshing as ever. The initial interaction between Indigo and Tom rings curiously hollow, but the situation reverses itself as their rapport deepens. Fans will be hoping for another installment in this memorable family's adventures. Ages 8-12.