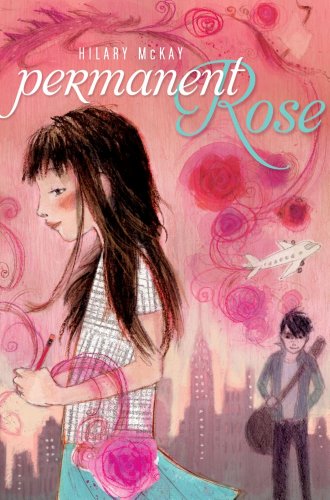 Permanent Rose, the youngest and perhaps most beguiling of the endearing Casson clan, had a shining role in and turns out another stellar performance in this sequel. The eight-year-old's current dilemmas involve her lingering sense of loss—mostly of Tom, Indigo's American friend to whom Rose became fiercely devoted while the boy was living temporarily in England; and also her fear of losing beloved Michael, Caddy's fiancé, who brings Rose a rose every day to ease her sadness since Tom's departure. When Caddy begins to have doubts about marrying Michael, Rose purloins her engagement ring, rationalizing that "Caddy could not give back a ring she did not have." Rose has a new admirer in this tale: kind, bumbling David, now a friend of Indigo but once a bully to him and Tom, so loyal Rose initially resists his attempts to befriend her. Playing a pivotal role in the plot, David convinces Rose to return Caddy's ring—and cleverly manages "to find Tom for Rose." Despite repeated references to previous events in the Cassons' lives (e.g. Saffy at last learns the—surprising—identify of her father), McKay creates characters so fully formed that readers can enjoy this as a standalone—but will more likely scamper off to find the earlier novels. McKay once again effortlessly eases into the hearts and voices of the members of this irresistible family during this entertaining and heartrending visit with the Cassons. Ages 8-12. ( )