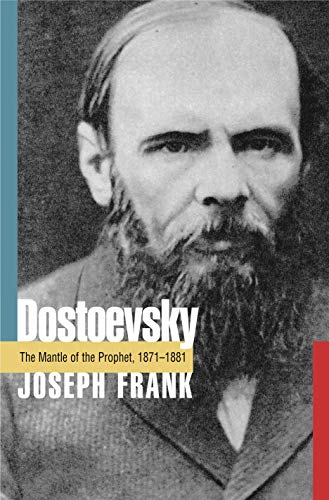 Concluding his magisterial literary and intellectual biography of Russia's great, contradictory writer, Frank traces his 11th-hour rise from ex-convict literary proletarian to conciliator between radicals and mainstream society. In the last decade of his life, still under scrutiny by the czar's secret police, Dostoevsky returned home after several years' exile—a comeback in every sense. After the antagonistic criticism of and , recounted masterfully in Frank's previous volume, Dostoevsky's literary reputation lagged behind Tolstoy's and Turgenev's, and his accounts were in their usual disarray. In part for the salary, he took on the editorship the a progressive journal, in which his "Diary of a Writer" began as a column. Praised for its accessibility and intimacy, the column ranged from short fiction to opinions on current events and topics of the day and, as Frank notes, restored Dostoevsky to a broad readership. His next success was his speech for the Moscow Pushkin Festival, in which he eclipsed his lifelong rival Turgenev and recast Pushkin as the prophetic creator of Russia's archetypal characters. With this rich evocation of 19th-century Russian intellectual, political and cultural life, as well as the atmosphere of fear under the czar and radical terrorists, Frank gives a full explication of Dostoevsky's culminating masterpiece, , with its set piece involving the Grand Inquisitor, and Ivan Karamazov's hallucinatory encounter with the devil, in the culmination of his own triumphant five-volume biography.