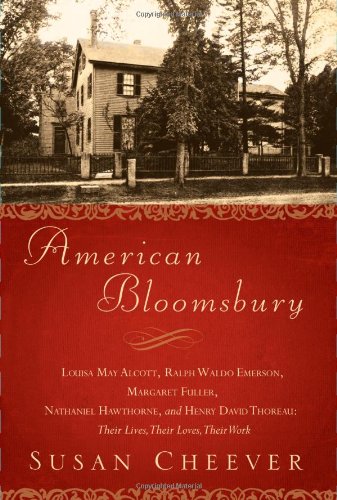 This beguiling book is Cheever's exploration of the extraordinary cross-fertilization of creativity in Concord, Mass., during the mid-19th century, when Emerson, Thoreau, Hawthorne and the Alcotts lived as neighbors there. If it won't offer much new information for serious students of American literature, it does provide a lively and insightful introduction to the personalities and achievements of the men and women who were seminal figures in America's literary renaissance, and who, Cheever theorizes, influenced the social activism of succeeding generations. In episodic chapters, Cheever describes their entwined relationships. Margaret Fuller was their brilliant, free-spirited muse and a model for Hester Prynne. Louisa May Alcott, was forced to support her family because her feckless father, Bronson, had no intention of doing so. Herman Melville briefly entered the enchanted circle through his friendship with Hawthorne. Cheever touches on their love affairs and intellectual platonic attractions, their high-minded idealism, their personal losses, their intermittent misunderstandings and jealousies, the years of penury suffered by all except Emerson and their full-fledged tragedies—such as Margaret Fuller's drowning. While Cheever sometimes indulges in high-flown speculation about their personal lives, she keenly analyzes the positive and negative ways they influenced one another's ideas and beliefs and the literature that came out of "this sudden outbreak of genius." 8 pages of photos.