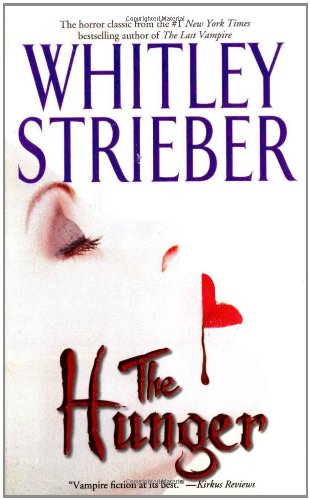 Most readers know Strieber for his bestselling books about his alleged contacts with aliens (Communion, etc.). Yet before he met the saucerians, Strieber wrote immensely popular horror novels, some of them filmed (as was Communion which, nonfiction or not, is a horror classic). The most imaginative was The Hunger (1980), which posited an ancient race of vampires that created humanity and has directed our species' history. In his first novel in seven years, Strieber returns to the opulent, ferocious world of Miriam Blaylock, the beautiful, powerful and rapacious vampire who dominated The Hunger (and was played by Catherine Deneuve in the film version). It's time again for the vampires' centennial conclaves, and Miriam is in Thailand, hoping to find a mate at the Asian gathering. Instead she encounters a possibly mortal enemy, Paul Ward, a CIA operative heading up a hush-hush team dedicated to wiping out the vampires. The novel's first two-thirds offers a tour de force of mythmaking (as Strieber redefines the world through vampiric eyes) and emotionally intense action (as Ward's team stalks Miriam and her ilk). The last third, set in Manhattan, is less successful, as Miriam, intent on destroying Paul, lures and seduces him and then falls in love, as does he with her. This turn doesn't quite convince, and the contrived ending shrieks sequel. There's much here to admire, not least Strieber's expert modulation of tone and dialogue as POV shifts from Miriam (fluid, refined) to Paul (muscular, slangy). While not as original as its parent, this bloody, lush and gripping novel trumpets a welcome return to fiction by Strieber and could win award nominations. (Aug.) Forecast: All signs point up: the sale of film rights to Columbia/Tri-Star, a seven-city author tour and 20-city national radio satellite tour, and the republication of The Hunger in June (ISBN 0-7434-3102-2) with a teaser chapter from The Last Vampire. Expect this one to bite into bestseller lists.
close
Details