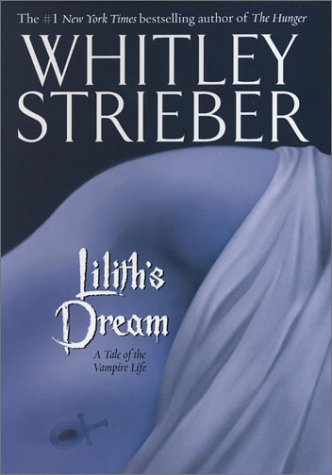 LILITH'S DREAM: A Tale of the Vampire Life

Strieber's third, rambunctious novel in the vampire series he began with in 1980 and continued in last year's introduces a new female bloodsucker to replace Miriam Blaylock (vanquished in ). She's Lilith—the biblical Lilith, first wife of Adam—and the mother of all vampires, or Keepers, who in turn created humanity, according to Strieber's elaborate vampire mythology. Like Miriam, Lilith is incredibly beautiful, powerful and rapacious. She lacks Miriam's modern sophistication, though, having spent many centuries buried in a cave. The novel begins as she awakens, outside Cairo, and Strieber adds a sprinkling of humor to this dark, emotionally intense series as Lilith fumbles through an array of modern technologies ranging from automobiles to bathtubs to credit cards. Returning in this novel is CIA vampire-hunter Paul Ward, who's part vamp himself and who in fathered a son, Ian, (now 17) by Miriam. Also playing major roles are Paul's wife and fellow agent, Becky, and Leo Patterson, "blooded" by Miriam years ago and now a global singing star whom Ian worships. Much of the action takes place in Manhattan, where Lilith joins forces with Leo, and then kidnaps Ian, adoring him as a new, superior species, a blend of vampire and human; the novel climaxes back in Egypt, where Lilith, Leo and Ian are on the run from Paul and his cohorts. Strieber remains a superb prose stylist, with a coherent and persuasive vision of vampirism; the entire novel, though, exudes a frantic air, with emotions running at fever pitch and gobs of X-rated sex and violence; it's probably time for Strieber to search for new narrative blood.