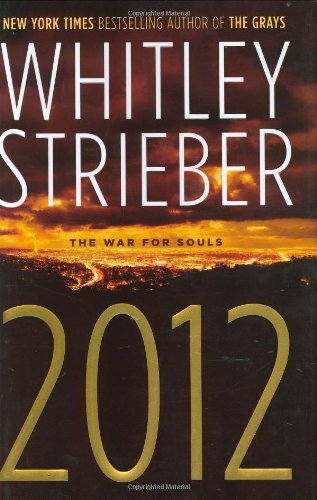 Strieber's epic sequel to 2006's blends equal parts science fiction thriller, supernatural horror and provocative spiritual speculation. As struggling author Wylie Dale works on his latest novel, which revolves around an upcoming date when the earth “crosses both the galactic equator and the solar ecliptic”—a time that the Maya predicted would mark the cataclysmic end of this age—he begins to uncover evidence that what he's writing about is actually happening on a parallel earth. If nothing is done, on December 21, 2012, gateways will open into this world and reptilian invaders will not only enslave humanity but feast on their succulent souls as well. While Strieber's exploration into the existence and import of the soul isn't exactly profound, it is wildly entertaining. Fans of apocalyptic page-turners like King's and Niven and Pournelle's will enjoy this ambitious—and audacious—tale as it invokes everything from rectal probes and Ann Coulter to the destruction of the Great Pyramid of Giza.