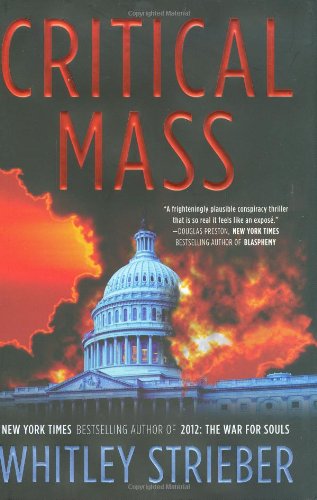 In this overheated thriller about nuclear terrorism from bestseller Strieber ( ), Jim Deutsch, a CIA contract employee whose expertise is counterproliferation, has the world's fate in his hands as he races to foil the Islamic master-terrorist known as the Madhi. When Deutsch learns that some plutonium has been smuggled over the U.S. border from Mexico, he begins to suspect that America's elaborate homeland security apparatus has been compromised. His valiant efforts, alas, aren't enough to prevent the destruction of Las Vegas. As U.S. president William Fitzgerald ponders whether to launch devastating counterattacks aimed at much of the Muslim world, the tension rises, but the impact is undercut by some uneven prose (“She looked back at him as if from another dimension, her gaze resplendent with the unquenchable hope of youth, her mother's proud lips, determined, supremely confident that her dad was the great man she believed him to be”).