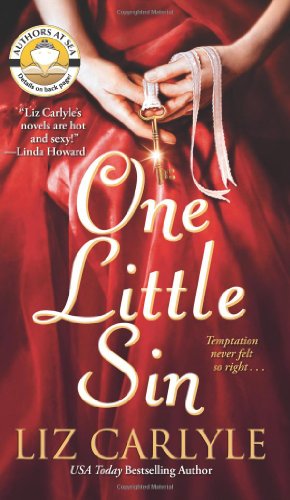 With this intriguing sentence—"It was a sweltering afternoon in September when Sir Alasdair MacLachlan very nearly got what his Granny MacGregor had been promising him for at least the last three decades: "—veteran Carlyle ( ) opens a trilogy of Regency historicals about three men—Alasdair, his brother and a friend—who flee an escapade gone wrong only to encounter a gypsy with dire predictions about their fates. It doesn't take long for Alasdair to discover that a particular sin of his has indeed come home to roost. The unsuspected toddler offspring of a forgotten dalliance arrives at his doorstep accompanied by her penniless but strong-willed sister, Esmée Hamilton. Before he knows it, Alasdair's world is turned upside down as the confirmed rake discovers that he does have a heart after all, even though he can't figure out what to do with it. The momentum of the captivating early chapters doesn't quite carry into the middle, but the author's sensual writing and some welcome twists toward the end more than redeem the story. .