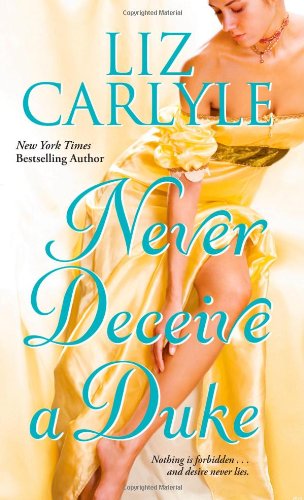 Carlyle’s second Neville family novel (after ) revisits the wounded hero story line and adds a touch of mystery. Through a twist of fate, Gareth Lloyd, part owner of Neville Shipping, discovers that the title of duke of Warneham has now fallen to him. It’s a bitter inheritance for Gareth, who as a child was sentenced by the old duke to a hardscrabble life aboard ship. Reluctantly, Gareth visits his new country estate, Selsdon Court, only to discover the duke’s beautiful widow, Antonia, still in residence. Passion flares between the emotionally damaged pair as Antonia reveals her grief over the death of a young daughter, and Gareth faces anti-Jewish sentiment among the upper class (an atypical touch that works well). The author’s natural, concise writing style, attention to historical detail and fully formed characters make her world spring to life, and her plot never flags; Carlyle even finds room for a dose of mystery, as Gareth’s friend, Kemble, investigates the poisoning death of the previous duke. As usual, Carlyle doesn’t disappoint.