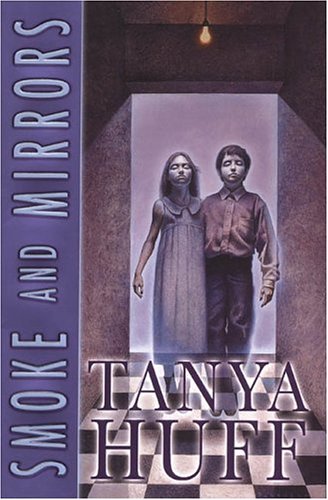 Poor Tony Foster with his burgeoning wizardly powers. No matter how many times he and his undead ex-boyfriend battle malevolent spirits to save the cast and crew of (the most popular vampire detective TV series in North America), everyone else on the set regards him as only a lowly production assistant. Having fended off evil shadows from another world (in 2004's ), Tony now has to contend with filming haunted house scenes in a house that's actually haunted. When all the doors slam shut, he finds himself trapped with ghosts repeatedly reenacting their deaths, his painfully cynical and egotistical colleagues and—worst of all—the boss's bratty daughters. Huff delights in simultaneously bringing out the worst and best of her characters, and she's really found her stride here. Underneath the supernatural trappings and the nonstop wisecracks is a whodunit full of devious plot twists and genuine character development, and the fine-tuned mockery of (and occasional indulgence in) horror novel/film clichés adds spice. Little time is spent explaining things for new readers, so this is best enjoyed after catching up with the previous volume. .