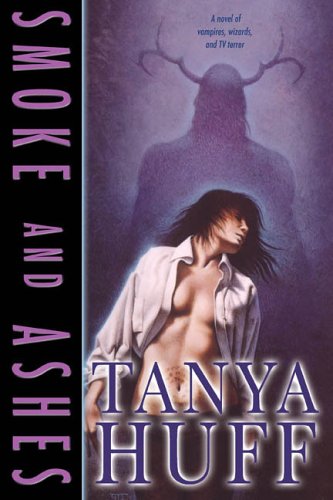 Fans of and will cheer the latest exploits of Tony Foster, wizard-in-training, in the third novel of Huff's contemporary fantasy series (after 2005's ). The cult vampire detective TV show for which Tony is now a trainee assistant director is filming in Vancouver—which is also the epicenter of an upcoming deadly Demonic Convergence, according to sexy stuntwoman Leah Burnett, who also happens to be the 3,500-year-old handmaiden and personal Demongate of Ryne Cyratane, "He Who Brings Desire and Destruction." Worse yet, Leah is vulnerable to demon attack, and if she dies, Ryne will be able to return and wreak havoc on Earth. Tony, who has a laptop loaded with spells left behind by Arra Pelindrake, his former wizard mentor, needs a crash course in high-power wizardry to save the world. This spinoff from Huff's popular Blood series stands alone as an entertaining supernatural adventure with plenty of sex, violence and sarcastic humor.