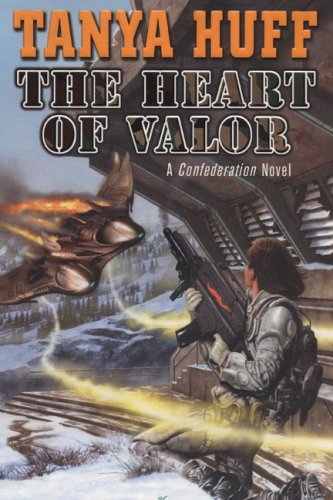 The Heart of Valor: A Confederation Novel

The fast-paced third military SF novel in Huff's Confederation series (after and ) examines how an interplanetary confederation might unite several distinctive species into an effective military organization despite widely differing physiologies, customs and mores. Marine Gunnery Sgt. Torin Kerr, recovering from injuries suffered in a first contact situation, accompanies a recruit platoon into the Crucible, a training planet where they apply their lessons in a realistic live-fire exercise against robotic drones. While the exercise is underway, the drones begin acting aggressively, without regard to fail-safes or their programming. Has the platoon come under attack by the mysterious , or is this related to the alien escape pod that everybody has forgotten exists except for Torin, her lover and an obnoxious reporter? The intriguing and well-designed aliens and intricate plotting keep the reader guessing.