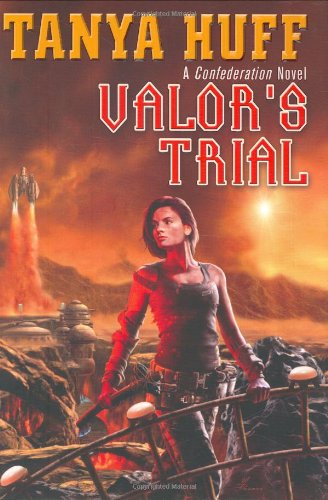 In the rough-and-tumble fourth military SF adventure for Marine Gunnery Sgt. Torin Kerr (after 2007's ), Kerr is more than a little surprised to wake up after a disastrous battle and find herself in what appears to be an underground prisoner-of-war facility, since the enigmatic aliens called the Others take no prisoners. At least, that's the claim made by the Confederation of nominally pacifist older races that provide advanced technology to humans in exchange for waging war against the Others. Kerr soon encounters earlier arrivals, who seem oddly lethargic and resigned to their fate. She must learn what's sapping their willpower, organize an escape and figure out what the Others and the Confederation are up to. Huff's appealing heroine is as fiercely maternal as she is fierce in battle, sometimes to a degree that verges on cliché. The denouement is not unexpected, but Huff skillfully accomplishes its exposition while still managing a few surprises.