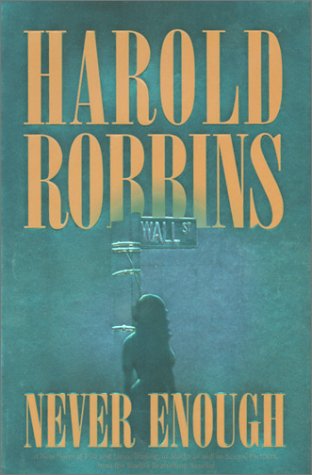 Biz! Booze! Broads! It's difficult to envision the sort of trashy story lines that made and such memorable hits getting any sleazier, but this nuanceless book achieves the impossible. The fourth in the Forge line (; ; ) of posthumously published Robbins novels (Robbins died in 1997) finished by "a carefully selected writer" follows the story of four boyhood pals from dead-end 1970s New Jersey who recreationally beat a local loser to death one drunken Saturday night. The ringleader, a "cheat" named David Shea, gets do-gooder friend Cole Jennings to take the fall for him. The novel meanders aimlessly through the subsequent maturation of Dave into a scheming inside trader and Cole, who served three years' probation for involuntary manslaughter, into a well-meaning but weak-willed lawyer; the two team up to run crooked investment deals while pursuing leisurely wife-swapping and generally screwing everything in sight. While Cole and his wife, Emily, manage to weather the storms of such a lifestyle, Dave runs through several wives, one of whom he lands in prison, another of whom he pimps to lure shady Chinese investment capital. While there is just enough trace evidence of the original author's love of business scams in the plot (including Dave gambling on a thinly veiled version of the AOL-Netscape merger), the author's ghost is obliterated by the publisher's ghostwriter. Lines like "Jenna was probably the only girl in the dorm wearing rings in her nipples, and the least sexually experienced on her dorm floor" should have (most) readers dropping the book in disgust, and shoddy editing will discourage the few that remain. Let's hope this will be the last of the post-Robbins Robbins novels; the dead should be allowed to rest in peace.