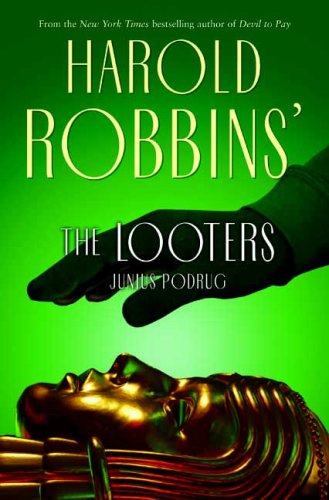 Readers who buy Podrug’s latest collaboration with the Robbins estate (following ) will expect a Robbins-style erotic thriller. What they will get is dull, predictable and surprisingly tame. Madison Dupre, 34 and single, is out to secure her place in the rarefied world of antiquities by acquiring a $50-million Babylonian death mask for her employer, the Piedmont Museum of Mesopotamian Art. The mask’s legendary curse soon kicks in: at its unveiling, an uninvited Iraqi insists that it was among the treasures taken by looters from Baghdad’s National Museum of Antiquities following Saddam’s downfall. With her job, reputation and even freedom (the FBI thinks she’s in on the fraud) on the line, Madison sets out to unmask the looters, which turns out to be a very unsafe undertaking indeed. The incestuous, fiercely competitive antiquities world makes for an intriguing setup, but Podrug’s execution is clunky. The action is improbable, the dialogue hackneyed, the sex (a Robbins hallmark) pedestrian and scarce. Status-obsessed Madison is hardly likable. Robbins died in 1997; it may be time to let him rest.