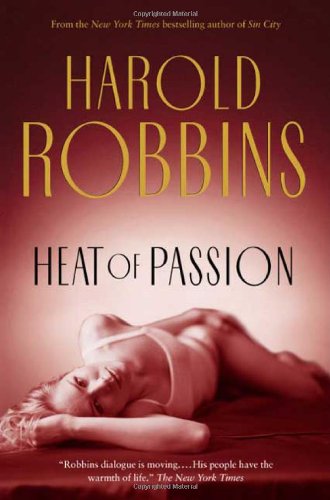 Maybe next time around, Robbins's anonymous ghostwriter will get jacket credit—he or she certainly deserves a little recognition for this latest posthumous production, a sprawling, sparkling international romp featuring the diamond industry. Win Liberte is the trust-fund playboy son of a prominent jeweler whose cash flow dries up when his late father's uncle gambles away the family fortune. After breaking off a relationship with his supermodel girlfriend, Liberte journeys to Africa to try to resurrect the last bit of his legacy, a foundering diamond mine in Angola. The Angola chapters are crisp and propulsive, as Liberte battles a corrupt mine manager and the local strongman in a war-torn country to restore the facility and discover why a supposedly dry mine has been put up for sale. The tail end of that subplot also features some cat-and-mouse chase scenes in which Liberte squares off against a Portuguese rival of his father's for possession of a priceless red diamond known as the "Heart of the World." The story loses momentum after Liberte returns to America to try to reestablish the family diamond house, but despite the slow stretches, this is first-rate Robbins from start to finish. Dashing if improbable adventures alternate with libido-laced sex scenes; in a romantic subplot, Liberte courts academic humanitarian Marni Jones, who is distributing food in Angola. The swashbuckling but self-effacing Liberte is a prototypical Robbins creation, and the details about the diamond industry give this novel more depth than usual; there is a chilling reference to a Saudi billionaire and potential diamond buyer named Osama bin Laden. Robbins's literary legacy remains very much alive, and his thousands of fans should experience a pleasant sense of déjà vu as they race through this latest installment.