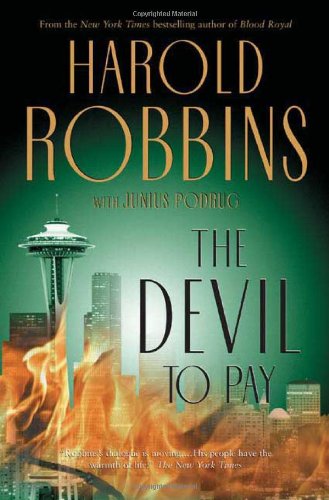 The Devil to Pay

Podrug ( ) carries on the late Robbins legacy of erotic thrillers with this aromatic brew of sex, danger, money, drugs and shade-grown Arabica coffee. One eventful morning in 1993, 31-year-old Nash Novak loses her Seattle coffee shop in a fiery explosion only to learn from a lawyer that she's inherited a coffee plantation in the Colombian jungle. The plantation is deep in drug cartel territory, but Nash—cash-strapped and accused of arson—opts to "follow the money," a decision that will enmesh her in a dangerous web stretching from Shanghai to Medillín. In Colombia, she learns that her mysterious benefactor, Carlos Castillo, is none other than her long-lost father, a revelation that brings her in contact with a resentful, disinherited half-brother, Cesar Montez, and his girlfriend, Lily Soong, a Chinese prostitute connected to Shanghai's crime lords. Spicing up the mix is Josh Morris, a cocky American smuggler who aggravates and, naturally, titillates Nash. Over-the-top plotting and florid sex scenes will make this an addictive caffeine substitute for Robbins's fans.