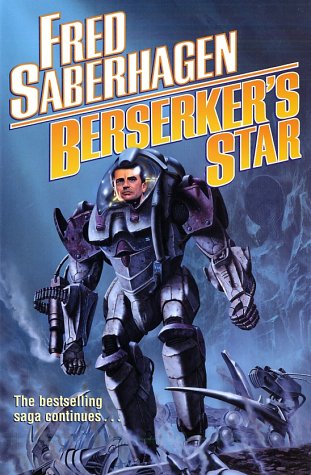 In this plodding entry in veteran Saberhagen's Berserker series (, etc.), Harry Silver, whose main claims to fame are his oversized weaponry and his love of poetry, has a cargo of parts to sell. Unfortunately, the planet he has just landed on, Hong's World, is being evacuated because its sun is going nova. To make some money, Harry agrees to take two businessmen/smugglers and the sweet if somewhat dimwittedLily Gunnlod (who's seeking her errant husband) on a trip to the planet Maracanda. That world, the novel's real star, is an "azlaroc-type habitable body" where, due to its proximity to a neutron star and a black hole, the normal laws of the universe don't hold. When Harry's ship is confiscated on arrival, an old associate, Kul Bulaboldo, promises Harry that, in exchange for a little unspecified help, Kul will get Harry's ship back. As they travel across the planet's surface, Harry, Kul and Lily contend with such phenomena as rocks that perambulate, extreme gravities and narcotic soil, when not running afoul of the agents of the Berserker machines, AIs that want to exterminate all living creatures, starting with humanity. Readers will enjoy Harry's acts of derring-do, but the lengthy descriptions of Maracanda's bizarre properties grow tiresome.