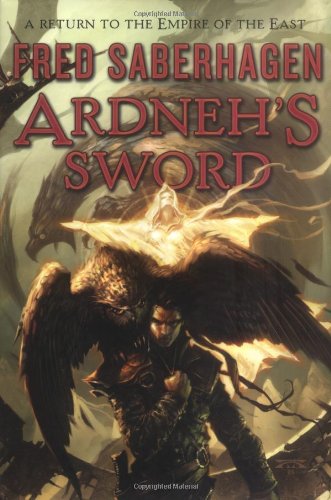 Simple prose and a straightforward plot make the latest entry in Saberhagen's Empire of the East saga perfect for younger fantasy fans. The aristocratic parents of 15-year-old Chance Rolfson, a descendant of the hero Rolf, whose adventures are chronicled in (2003), encourage the lad to join an expedition seeking ancient artifacts associated with the godlike being Ardneh. They hope a taste of the outdoor life will cure Chance of "certain dreamy, unambitious tendencies." Chance soon finds that traveling with a scholar, an intelligent owl and a small band of troopers isn't all that easy. When Chance starts to notice strange occurrences, the adults in his party doubt his explanations. Eventually, the expedition becomes an exhilarating mad dash to reach Ardneh's sword, an object of immense power with the potential to change the world forever. Chance, however, remains pretty passive throughout. Hopefully, he will take a more active role in future installments.