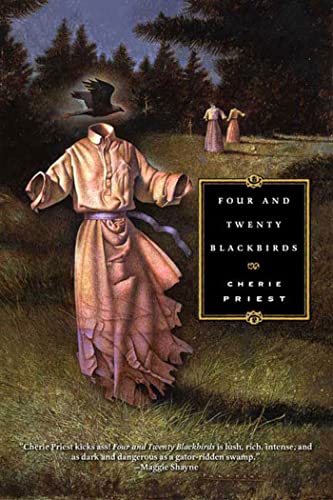 The classic Southern gothic gets an edgy modern makeover in Priest's debut novel about a young woman's investigation into the truth of her origins. What Eden Moore digs up in the roots of her diseased family tree takes her across the South, from the ruins of the Pine Breeze sanitarium in Tennessee to a corpse-filled swamp in Florida, and back in time to the Civil War, when the taint in her family bloodline sets in motion events building only now to a supernatural crescendo. Priest adds little new to the gothic canon, but makes neo-goth chick Eden spunky enough to deal with a variety of cliché menaces—a scheming family matriarch, a brooding Poe-esque mansion and a genealogy greatly confused with inbreeding—that would have sent the genre's traditional wilting violets into hysterics. Eden is a heroine for the aging Buffy crowd, and her adventures will play best to postadolescent horror fans. .