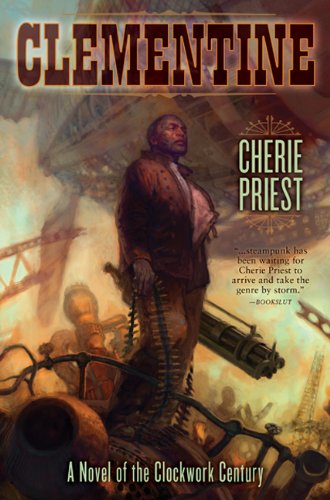 Piracy meets politics head-on in this steampunk thriller, loosely linked to Priest's much-lauded (2009). Maria Isabella Boyd, a notorious former actress and Confederate spy, is on her first mission for the renowned Pinkerton Detective Agency. The airship must deliver its cargo unimpeded, but its former owner, escaped slave–turned–air pirate Croggon Hainey, is determined to recover the ship he stole fair and square. A simple pursuit quickly evolves, and soon Maria and Croggon are forced to fight on the same side. Explosive battle scenes, riveting action, and a sharp-eyed examination of the mistrust between Croggon's all-black crew and very white, very Southern Maria play out in a desperate race against the clock. Though the unflinching portrayal of complex race relations is aimed at adult readers, Priest's swashbuckling tale is also quite accessible for older teens.