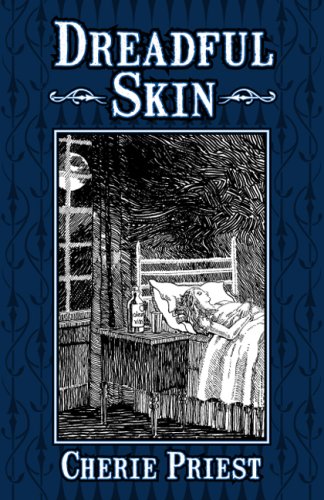 A runaway Irish nun pursues a murderous werewolf across post–Civil War America in this riveting Southern gothic from Priest ( ). Divided into three atmospheric, slightly disjointed sections, the story opens aboard a riverboat carrying John Gabert, the werewolf, and Sister Eileen Callaghan, who's pursuing him with a Colt revolver hidden under her skirts. Gabert escapes, but Eileen is infected by the lycanthrope's blood. Nine years later, she picks up the scent, investigating a traveling Pentecostal revivalist show that leaves a trail of chewed corpses in its wake. Eileen struggles to control her own bloody urges, while fighting to protect innocents before she confronts Gabert again, two years later. Though the jumps in time make the plot feel forced, the haunting characters will keep readers turning the pages. When one must become a monster in order to kill a monster, can the hunt still be justified? This book raise tantalizing philosophical questions about good and evil as well as the roles of hunter and prey.