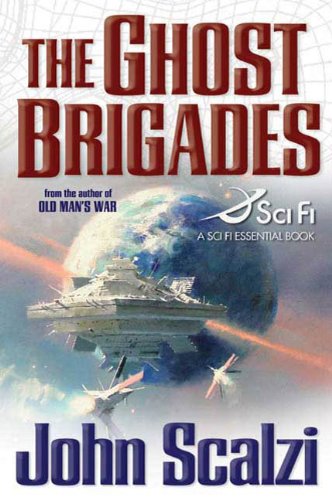 This fast-paced interstellar military drama doesn't quite meet the high expectations set by its predecessor, Scalzi's acclaimed (2005), but it comes impressively close. Shifting focus from seniors in young bodies to infants in old bodies, it follows Jared Dirac, a superhuman soldier, from unusual birth to ambiguous death. Dirac is an altered clone of Charles Boutin, a military scientist who betrayed humankind to alien aggressors, and the Colonial Defense Forces' only hope of finding Boutin lies in transplanting his memories into Dirac's brain. When the transplant seems to fail, Dirac is sent to Special Forces, known as the Ghost Brigades for their habit of creating new soldiers from the DNA of the dead. His indoctrination there comes in handy when Boutin's memories begin to surface. Scalzi pays gleeful homage to , and , sometimes at the expense of originality. All he needs to make the jump from good to great is to trust in his own ideas.