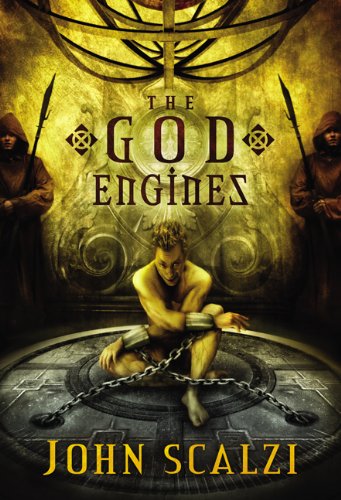 Readers who are used to Scalzi's straightforward, optimistic SF (e.g., ) will be disconcerted by the dollop of ice-cold cosmic horror in this novella. Capt. Ean Tephe and his crew in the spaceship trust their Lord to protect them in combat and care for their souls; after all, He has graciously given each of His warships a defeated, enslaved god to propel the ship to its destination by warping space. After battles start going against him, however, Tephe has to struggle to keep his faith. When he meets his Lord in person, innocent belief becomes impossible, and the narrative proceeds to surgically peel away layer after layer of comforting certainty. If J.G. Ballard and H.P. Lovecraft had ever collaborated on a space opera, the results might have been like this: ferociously inventive, painfully vivid, dispassionately bleak and dreadfully memorable.