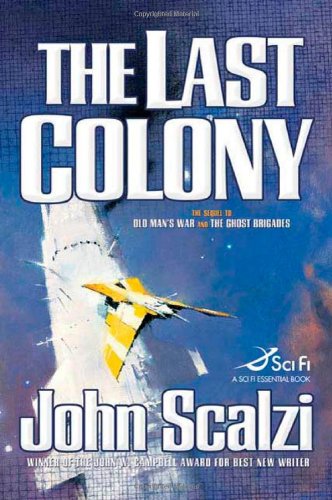 Full of whodunit twists and explosive action, Scalzi's third SF novel lacks the galactic intensity of its two related predecessors, but makes up for it with entertaining storytelling on a very human scale. Several years after the events of (2006), John Perry, the hero of (2005), and Jane Sagan are leading a normal life as administrator and constable on the colonial planet Huckleberry with their adopted daughter, Zoë, when they get conscripted to run a new colony, ominously named Roanoke. When the colonists are dropped onto a different planet than the one they expected, they find themselves caught in a confrontation between the human Colonial Union and the alien confederation called the Conclave. Hugo-finalist Scalzi avoids political allegory, promoting individual compassion and honesty and downplaying patriotic loyalty—except in the case of the inscrutable Obin, hive-mind aliens whose devotion to Zoë will remind fans of the benevolent role Captain Nemo plays in Verne's . Some readers may find the deus ex machina element a tad heavy-handed, but it helps keep up the momentum.