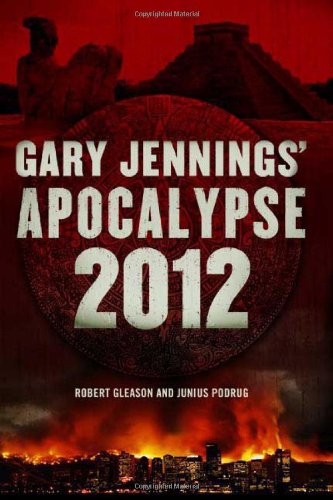 Gleason and Podrug's uneven third entry (after ) in the late Gary Jennings's historical series focuses on the ancient Mayan prediction of an apocalypse in the year 2012. In A.D. 1001, Toltec warriors capture a 16-year-old Aztec, Coyotl, in a raid. After the Toltecs notice Coyotl's stomach bears a scar tattoo in the shape of a star constellation, they take the boy to the magnificent Toltec capital of Tula, where he becomes the resident astronomer's assistant. Meanwhile, in the present, U.S. president Edward Raab convenes “the newly created Presidential Scientific Advisory Board” to hear NASA scientist Monica Cardiff present her theory of an upcoming global disaster. The authors lovingly describe the world of their pre-Columbian characters, but skimp on the modern story, whose characters have little motivation or substance. Jennings's fans will find the discrepancies between the two periods easy to overlook in the wealth of sex and violence.