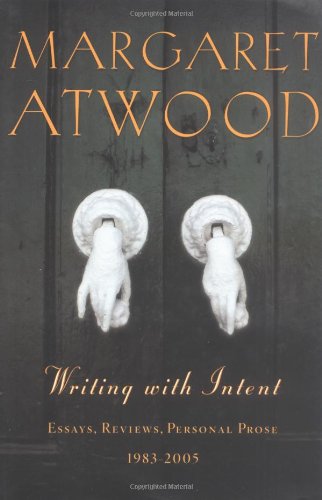 Atwood is, of course, one of the most famous and prolific Canadian novelists of our time ( , etc.), and this eclectic collection ably testifies to the scope of her interests and passions. These are occasional pieces, and as such, they form a somewhat odd collection, as when a review of Elmore Leonard's novel is immediately followed by an obituary for a fellow Canadian writer and friend. Atwood has thought long and deeply about the role women have played in the past and continue to play today. But while in the earlier essays she writes of a living revolutionary force that she believed would change the world, the more recent work views the feminist movement as a relic of an earlier time, even if its goals are still forefront in her mind. As responses to specific moments in literary, personal or social history, many of these works don't necessarily deserve to be preserved in perpetuity, but they all skillfully characterize their writer as a woman ravenously curious about the world, witty enough to know her own place in it, fiercely dedicated to language and the art and craft of writing and, even when training a skeptical eye on the world around her, enthusiastic as a child about the very act of living.