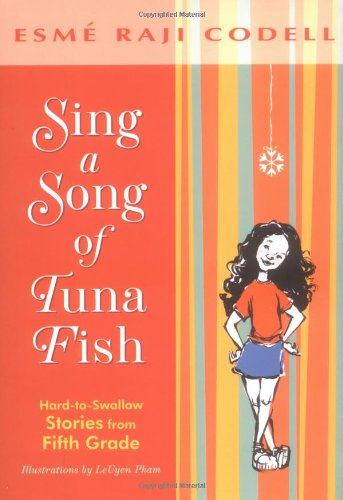 The author of eloquently expresses memories of her own fifth-grade year in this volume of loosely connected vignettes set in 1979. Readers who savor details will relish Codell's descriptions of her Chicago neighborhood, especially the series of unique specialty shops, ranging from the cigar store ("It was more like a hallway than a store. You had to say 'excuse me' to turn around") to the collector's shop specializing in war memorabilia ("Flags with swastikas hung in the window, along with lighters, knives in sheathes, and lots of jagged metal things that seemed to be for throwing at people"). Equally vivid are depictions of Esmé's family: her fiery-tempered mother, who encourages Esmé to hurl eggs at a rich man's car, parked in front of a hydrant; her soft-spoken, poet father; and the grandmother whose apartment is like a giant treasure chest, housing an assortment of entertaining artifacts. The author periodically interrupts the ebb and flow of family quarrels and struggles caused by being "broke," with landmark occasions such as Esmé's initiation to public school, a memorable Passover dinner (when Esmé manages to outwit the rabbi) and a freak storm that covers Chicago with piles of snow. With its strong nostalgic flavor and poetic imagery, this warmly humorous memoir will likely find an audience with children of the 1970s as well as with children of the new millennium. Ages 9-up.