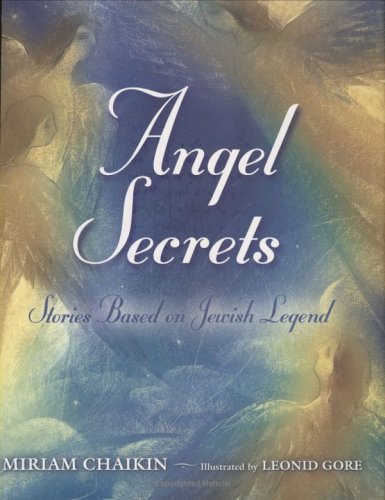 Chaikin ( ) culls from a vast library of Jewish Midrash tales and adds her own bit of sparkle to produce this entertaining collection featuring God's legion of angels and their specific duties on Earth and in Heaven. Framing the book, Chaikin explains in an author's note the many links between Heaven and Earth that God has made, including the "Prayer Path," the corridor used when humans speak to God, and the "Palace of Love," the heavenly dwelling place of human souls before birth and after death. Each tale spotlights a different class or type of angel, whether it be the "Angels of Forgetfulness" who erase knowledge from infants' minds at birth, or the "Alphabet Angels," who tend to problems or pleas as designated by letters in the Hebrew alphabet. For example, a Bet angel aids a troubled beekeeper. Young readers will find much to like while riding along with Chaikin's imagining of the lives and jobs of God's messengers. Gore ( ) provides appropriately mystical yet reverent mixed-media illustrations, rendered predominantly in soothing blues, purples and browns. An informative introduction, source notes and references may encourage further reading in this area. Ages 8-12.