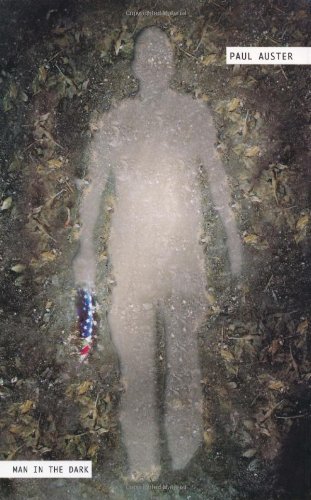 Man in the Dark

A retired book critic is targeted by an assassin from an alternate universe in Auster's flawed latest. August Brill lies awake in his daughter's Vermont home, making up stories to fight against insomnia and depression. The stories coalesce around a character, Owen Brick, a professional magician transported to an alternate reality in which the U.S. fell into a civil war after the 2000 election. His mission: to end the war by assassinating August. Back in the real world, August is worried about his 23-year-old granddaughter, who moved back in with her mother after her boyfriend was killed in Iraq. The suspense about whether August's reality and the assassin in his fantasy will collide baits a sharp hook, but about halfway in, the narrative devolves into a long night's tale of the literary New York of yore as August regales his granddaughter with stories. The merging of nostalgia with a Philip K. Dick conceit doesn't wholly succeed, but Auster's juxtaposition of two worlds is compelling and intellectually rigorous in Auster's trademark claustrophobic hall-of-mirrors fashion.