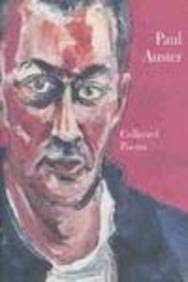 Before embarking as a novelist, young Paul Auster published poetry in a variety of small journals and magazines. This handy volume collects all his verse from the late 1960s through 1980. It's poetry very much of its period, oriented toward French mid-century thought and modes. A pale, defeated imagism presides, as visions of whiteness and woundedness unspool from line to line. Things vanish out of the world (a key section is called "Disappearances") and hands clench onto the empty space where they've been. Many of the poems treat the paradoxes of perception and epistemology: "He is alive, and therefore he is nothing/ but what drowns in the fathomless hole/ of his eye,// and what he sees/ is all that he is not." The scholar Norman Finkelstein provides an illuminating introduction, tracing connections between allusions in the poetry and actual events in the young Auster's life, such as the collapse of his parents' marriage and his attendance at riot-torn late '60s Columbia University. To add heft to the slim book, a number of Auster's translations from the French are included, mostly of the surrealist communist poets of a previous era (Breton, Tzara, Eluard) who attained a new popularity when the events of May '68 made them, literally, poster boys for the New Left in Paris. As a translator, Auster is always effective when he employs a small vocabulary, and his work on Tzara is genuinely impressive: "I know I carry the song in me and I am not afraid/ I carry death and if I die it is death." Otherwise remains a curiosity, a tantalizing look at the work of a poet whose breakthrough led him away from line breaks and into the actions of prose.